NMC’s Debut Discs project offers emerging British composers an international platform for their work. Released over four years from June 2012, each of the 12 discs will be devoted to a single composer’s work, branded as part of the Debut Discs series.

At the Speed of Stillness, commissioned by Aldeburgh World Orchestra, explores paradoxes of energy and movement: ‘the hummngbird motionless as a star’ (in Dora Maar’s description), or the contained energy of a power station. Caught in Treetops, a violin concerto written for Alexandra Wood and BCMG, takes its inspiration from two poems by Dante Gabriel Rossetti and Federico García Lorca, while also drawing on the relentless energy of Sonny Rollins.

Two song-cycles make explicit Bray’s close relationship with poetry: Fire Burning in Snow sets three poems by Nicki Jackowska exploring desire, obsession and loss – also the subject of Songs from ‘Yellow Leaves’, a sequence of haikus based on Shakespeare’s sonnets. The album is completed by the energetic piano quartet Replay, and Oneiroi, a dark study for piano. 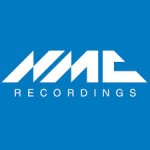 ‘I’m delighted to be working with NMC to promote their emerging composers’ series, Debut Discs. In a world where composers face so many hurdles to ensure their music is heard, NMC’s unwavering commitment to the sector means that composers are not overlooked. This invaluable project will give younger composers a viable platform, realistic professional development and international exposure to ensure their future as established classical composers’